( All photos by Elyse Gardner unless otherwise stated.  No use without prior written consent from same.)
Burro roundup started today.
Could not see at all at the original observation area we were given. This was it. 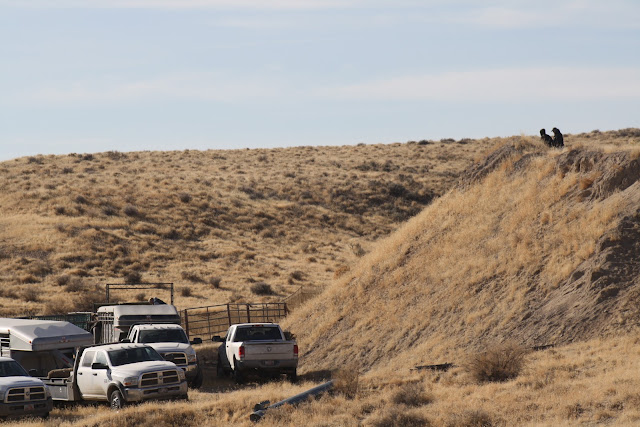 I vigorously requested a better spot.  A visiting BLM official encouraged them to search for a better viewing area, and District Manager Gene Seidlitz, who was present, decided to pursue that and obtained what appeared to be a much better viewing point.  He said he had "called in his last favor," and would not ask for a better viewing spot for this particular trap site, that this was it. 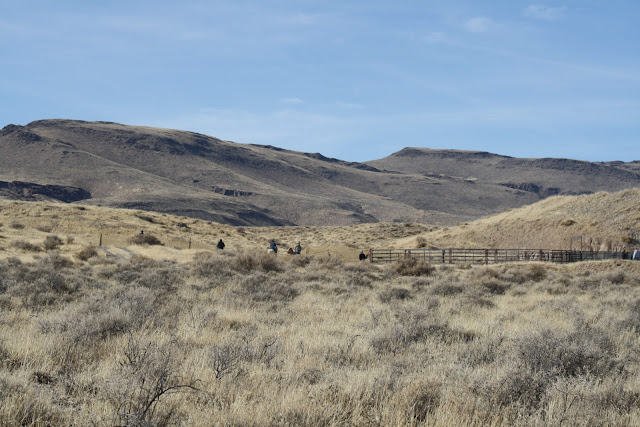 Although an effort was made, we still could see nothing of the burros actually being chased with helicopter-assisted roping. I was, however, able to see them returning with the captured burros and hollow-backed horses. 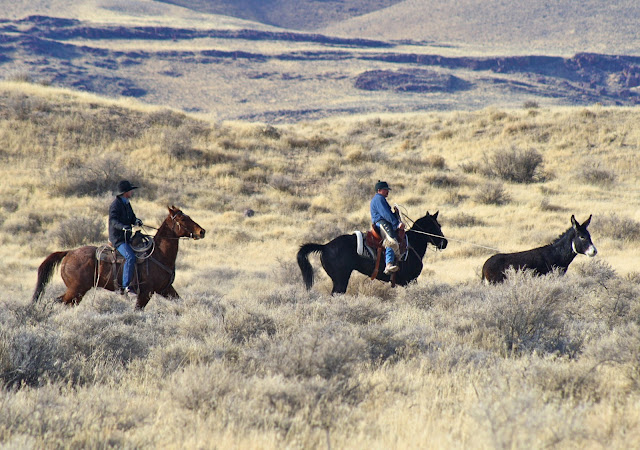 The "called in his last favor" comment rankled.  BLM is the arm of the American government tasked to "protect and manage" a much loved American treasure, our wild horses and burros.  As Americans, our Constitution is framed as a government by the people and for the people, and it assures us of the permanent right to hold our government, which is to serve the people. to account for how it spends our tax dollars, and to be visible and open in what it does. 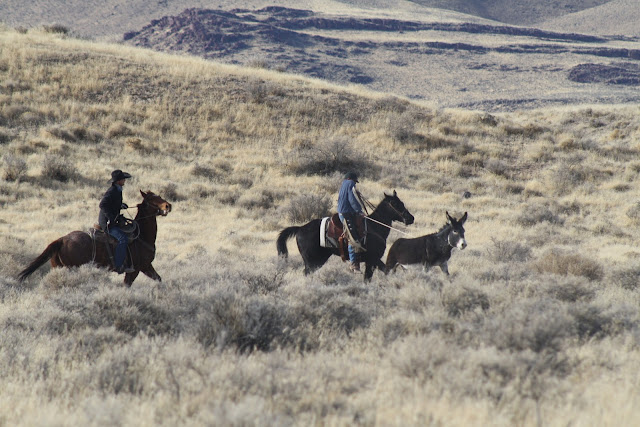 At this point I will tell you that I have been quietly looking for Freedom, the courageous black stallion who escaped during the Calico roundup of 2010.  If he is captured, I can take adopt him and restore him to some of his mares.
Ironic that  I have not been permitted to see a single horse up close except for a very quick walk around Temporary Holding on Saturday only because the private landowner on whose property they have built the Temporary Holding pens doesn't want people on his property more than onde a week.  I have searched Litchfield Corrals, BLM's short-term holding facility in Litchfield (where the Twin Peaks horses went)  to see if he was taken during the Fox Hog roundup, since that HMA abutts Calico where Freedom was captured and escaped.  I have searched the BLM corrals at Palomino Valley Center near Sparks, Nevada, before arriving at the Calico roundup.
So BLM's intimation that I should be ever so grateful for a wee bit better viewing area just doesn't wash.  I am not going genuflect because my government takes a step toward doing what it is tasked to do:  be accountable to the American people.  Here I am trying to adopt a horse if they've captured him, yet BLM seems to almost revel in its power to block me from seeing horses fresh off the range.  It's diabolical.  Yet I don't take it personally; BLM has just gotten a bit big for its britches.
Along these lines (but slightly different), Laura Leigh's First Amendment case on access goes to the Ninth Circuit in San Francisco today.  It is hugely important to the press community, which has joined her lawsuit, not just wild horse advocates.  Laura is accredited print media with a press credential.  The "now you see it, now you don't" kind of "access" given at trap sites, and the total barring of access for the press and for the American public to long-term holding and to America's wild horses and burros because BLM contracts with private landowners to house them must be challenged, and Laura has taken that on.  My hopes and prayers are with her, and I hope yours will be, also. 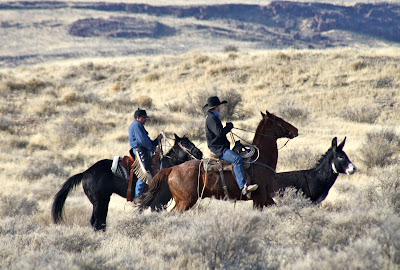 Posted by Humane Observer at 2:16 AM