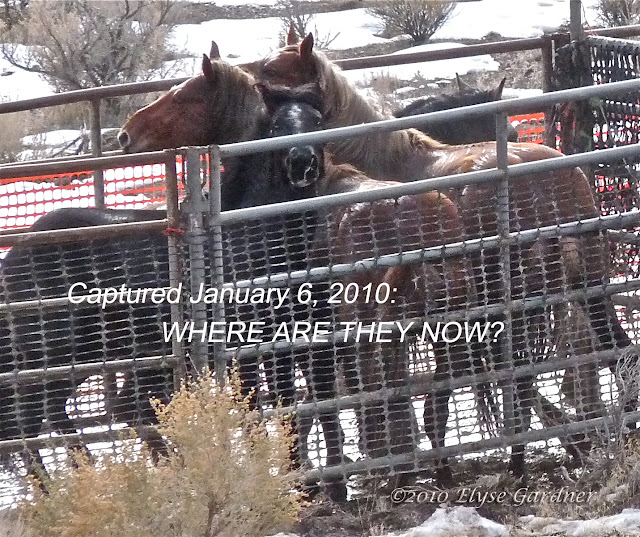 The spiriting away of up to 11,000 captured wild horses yearly, who have been rounded up and sent east into leased long-term holding pastures on private ranches behind locked gates where no private citizen is permitted to visit or verify unless a "public tour" has been arranged, has long aroused deep concern about the longterm holding program. Questions became suspicions about whether all the wild horses who arrived there were safely grazing away, living happily-ever-after, idyllic lives on rolling hills of green among their same-sex wild horse friends as BLM officials staunchly claim.

BLM’s Lili Thomas admitted that BLM did indeed sell wild horses straight out of longterm holding at a national public meeting in June 2010, stating they would not sort out and sell or adopt out an individual horse; rather, horses were sold by the truckload/trailer load to appropriate buyers.  Who would buy mature wild horses by the truckload, we asked?  BLM assured us buyers were appropriately screened. No answer was satisfactory or really made sense – until now.  Seriously, of what value of possible use are 10 to 30 wild, untouched horses unless someone is a known sanctuary?  We can reasonably assume such quantities of horses would be sold to slaughterhouses across the Mexican and Canadian borders.

When I called BLM concerned about a shipment of wild horses intercepted on their way to (Mexican) slaughter in 2011, BLM'S Sally Spencer, Supervising Marketing Specialist in charge of BLM's adoption program, acknowledged she had approved that sale and told me we needed to have Congress change the law if we wanted to change how BLM does business.  Well, I'm writing to Congress to change the way Ms. Spencer does business for BLM.


Reading the article, the signs point to destination-slaughter:   Mr. President, Congress: Where are YOU with this? 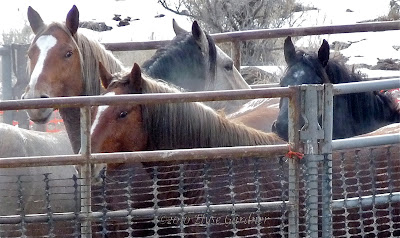